Moments of silence took my family by surprise when the doctor told us that I am dealing with a severe mental health condition. Honestly, I know I have not been myself lately and that I am feeling a little weird all the time, but I was not expecting the doctor to say that I am now in a severe state. Well, maybe, at the back of my mind, I know I am. But it seems too hard to hear the truth. 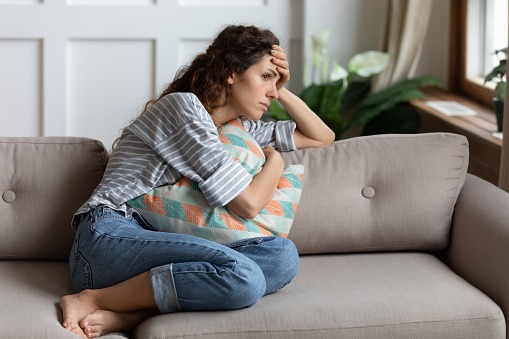 I was diagnosed with clinical depression. “The signs and symptoms were there,” the doctor said. I was confused as to what specific signs and symptoms he was referring to. Did he assume it because my family told him that I kept locking myself in my room all day? But what if I only want a space for myself and I don’t feel like seeing anyone’s face? He did mention that my sudden behavior change is also a factor. Was he referring to my obvious breakdown? Was it because I feel like I was stuck with sadness and loneliness all the time? Honestly, I have no idea what the doctor was talking about and how he comes up with the diagnosis.

Since I was too confused, I tried asking questions sarcastically. Not that I wanted to insult the medical professional, but I feel like I need to retaliate. That is where he said, “you have a psychological problem. You are too caught up with the emotional state that you got depressed.” I paused for a while then things started sinking in. There’s too much emotional pain that I can’t handle. There’s rejection, disappointments, heartbreak, trust issues, bullying, self-image expectations, grief, and many in-betweens that are dragging me down to isolation.

After a couple of minutes of silence, I asked him again, “what’s your basis?” That is where he explained to me the DSM-5 or the structure of mental health.

What is the DSM-5 definition of depression?

The DSM-5 definition of depression relates to the individual’s experience of five or more symptoms of the mental health problem during the same 2-week period. It includes how the person feels, thinks, and behaves. At least the symptoms present are either loss of interest or pleasure of the things that once enjoyed. Or there is a depressed unregulated mood nearly every day.

That information made me feel a little relieved but sad at the same time. I always thought it was all part of my choice not to engage with people or the things I once liked. I was still not convinced with this, but I am somehow getting to understand my mental state.

What are the four types of depression?

I got the major one.

What is the difference between DSM IV and DSM 5?

DSM-IV is an organization and psychiatric assessment of biopsychosocial information using a multi-axial formulation such as Clinical Syndromes, General Medical Conditions, Personality Disorders, and Mental Retardation, Psychosocial and Environmental Problems and Global Assessment of Functioning. An example is that patients only need to experience at least one symptom to be diagnosed with substance abuse to be included in the list. Meanwhile, in the DSM-5, patients must have two or more symptoms diagnosed with substance use disorder.

What are the DSM 5 criteria for bipolar disorder?

In the DSM 5 criteria for bipolar disorder, a person should fall into the category of experiencing at least one episode of mania or hypomania. The consideration of mania includes the expansive, elevated, or irritable mood that usually lasts for at least one week and is uncontrollable and present during most of the day and goes nearly every day. During a manic episode, patients experience a little need for sleep, grandiosity, an inflated sense of self, talking loudly and rapidly, and feeling pressured to speak.

That is quite convincing because all those specific symptoms mentioned were present when I am not in myself. Perhaps the doctor is right about my health issue from the very beginning then.

What are the five DSM categories?

DSM-5 is organized in sequence within individual diagnostic categories that can potentially become a developmental lifetime issue. It includes disorders typically diagnosed in childhood, adolescent stage, adulthood, and later life. The five DSM categories include Axis 1 with Clinical Syndromes, Axis 2 with Personality Disorders and Mental Retardation, Axis 3 with General Medical Conditions, Axis 4 with Psychosocial and Environmental Problems Axis 5 with Global Assessment of Functioning. 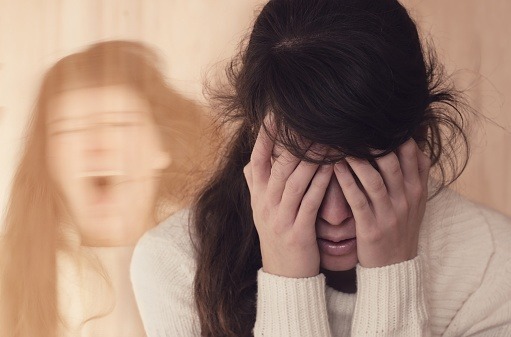 How do I know if I’m bipolar?

You might know if you had Bipolar disorder when you experienced extreme changes in your mood. Usually, it goes from high to low and from low to high. Highs refer to moods under mania stages, while lows are moods under the limelight of depression. In some instances, the changes in your mood may even become mixed. Therefore, you might also feel ecstatic and depressed at the same time.

What happens in the brain during the struggle of depression?

Depression contributes to the negative result of having too little serotonin but too much cortisol in the brain. The influx of triggered increased cortisol levels causes the amygdala or the brain associated with emotional responses to enlarge. So when it becomes larger and more active, it causes hormonal imbalance, changes in activity levels, and sleep disturbances. Overall, depression can entirely change a person’s ability to think, react, and behave. It impairs attention and memory and contributes to the difficulty of information processing and decision-making skills.

Is depression classified as a disability?

Yes. Under the ADA or Americans with Disabilities Act, depression is considered a psychiatric disability. It’s a considerable mood disorder that is known to interfere with people’s daily life activities. These include their ability to work, go to school, manage and care for themselves, and socialize with others. In some unfortunate cases, depression sometimes becomes so severe that individuals can no longer find their purpose in life.

DSM is now in its 5th edition. But the Fourth Edition or DSM-IV is the official manual of the APA or American Psychiatric Association. Its purpose is to present a structure for categorizing disorders and defining the diagnostic standard for the disorders listed.

What is Axis V in mental health?

Axis V in mental health refers to assessing overall functioning, known as the GAF (Global Assessment of Functioning). These include psychological, social, and occupational functioning. Typically, the scale is used to rate how serious a mental illness could be and how much individuals affect their day-to-day life on a scale of 0 to 100.

Why is DSM 5 criticized?

DSM 5 is often criticized due to main interrelated reasons. One is an unhealthy influence of the drugs or pharmaceutical industry on the amendment process. It has something to do with an increasing tendency to medicalize patterns of mood and behavior that are not considered to be, for the most part, extreme or not debilitating at all. Another issue is the validity and reliability needed for productive use of diagnostic categories despite a compromised utility to clinicians.

What are the four types of bipolar?

The four categories of bipolar, according to the American Psychiatric Association (APA), include bipolar I disorder, which involves times of difficult mood episodes from mania to depression. Then bipolar II disorder or the milder form of mood dysfunction, which involves milder events of hypomania. Then there is a cyclothymic disorder with emotional ups and downs and bipolar disorder due to another medical or substance abuse disorder.

Can bipolar people tell they are bipolar?

Honestly, no. Usually, individuals with bipolar disorder do not know they have it and don’t realize its existence. They are unaware of their condition, even if they are in the manic phase. In some instances, other people with bipolar disorder have more severe and frequent episodes than others, which can be very difficult to determine. Thus, after the manic episode is over, people often feel shocked about their unwanted behavior.

Bipolar I disorder is the most critical form of the condition because it involves severe mood dysfunctions from mania to depression. On the other hand, Bipolar II disorder is a milder form of mood elevation accompanied by occasional hypomanic episodes. But even though Hypomanic episodes are milder than manic episodes, they can still cause emotional, mental, and physical malfunctions. 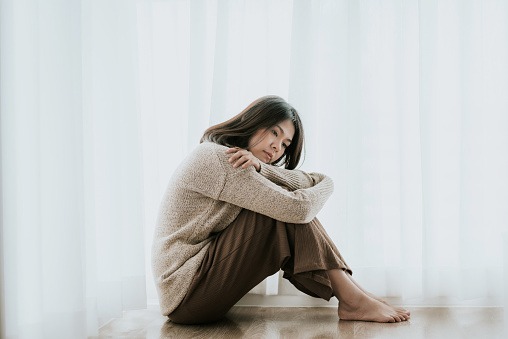 I guess I am more inclined to know a lot about mental health now that I am experiencing one. Honestly, it is not that easy to accept it, but I know I can get over this in denial feeling eventually. Because once I finally understand all the necessary information about this severe depression I have, I might be able to push myself towards a healthy recovery.